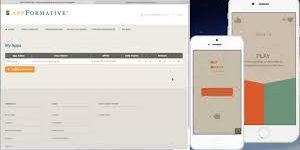 Now that GameSalad is working again, AppFormative API is down.

Previous posts decried the buggy state of the GameSalad game engine, which derailed attempts to update Airlift for over 7 months. Now that the GameSalad developers have released a more or less stable build (Airlift Game still stutters on Android) development has resumed.

However, just as the latest Airlift Game build was being sent to Apple for TestFlight approval, the Analytics API AppFormative.com went offline. Without it, the game cannot get password updates for the new hacking screen, which renders the new feature D.O.A. for now.

The moral of the story here is: choose your platform dependencies carefully!

UPDATE 7/26/2016: Appformative.com is back online and the latest build was submitted to Apple for AppStore review. With any luck the new version should be available within the week.